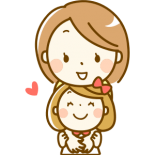 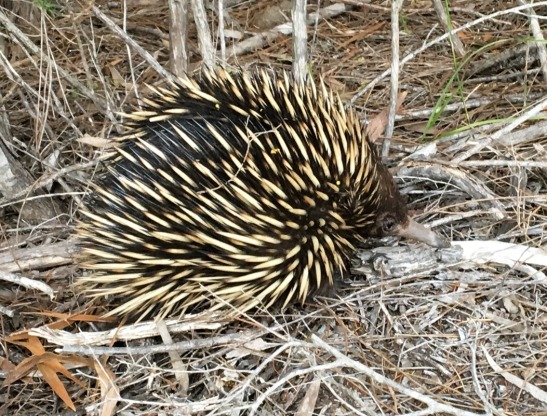 “Do you have any idea how rare that is?” he whispered, pointing excitedly to the spiky creature by the side of the road.

We were finishing up a hike in Bantry Bay, following a dirt track parallel to a main highway when we saw it. The echidna was unconcerned about our presence, continuing to root around in the dirt, looking for a meal. Eventually, it shuffled its way deeper into the forest, its black and ivory bristles gleaming in the light of the setting sun.

Not to be confused with a porcupine, the short-beaked echidna is fairly abundant in Australia, but is rarely seen because it’s introverted like me, preferring to be quiet and reclusive. They like to avoid the heat of the day, and are most often spotted in the early morning or late afternoon when we were out hiking.

Fun fact: echidnas are one of only two Australian mammals to lay eggs – the other is the platypus. 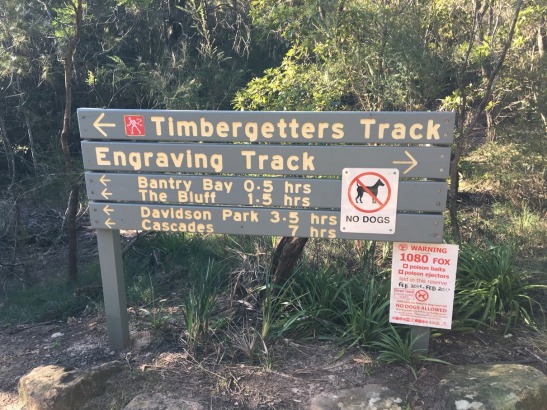 Start of the Timbergetters / Engraving Track

One of the things I love about living in Sydney is that nature is so close. We are surrounded by beautiful scenery, from breathtaking harbour views to calming natural forests and national parks, literally on our doorstep. This hike around Bantry Bay starts from the Seaforth Oval, just metres away from a major road. A few steps in and we are surrounded by trees – the guide book describes it as “plunging into nature” – although the constant hum of car engines is still in the background. 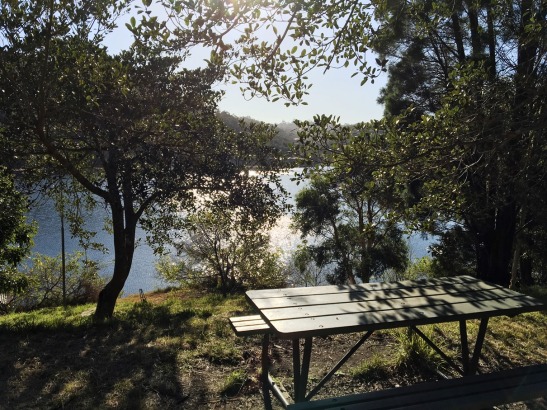 Half an hour later, after walking along some very well-tended tracks, we have left the car engines behind, and are instead greeted by a beautiful picnic site with a lovely view out into the Middle Harbour. 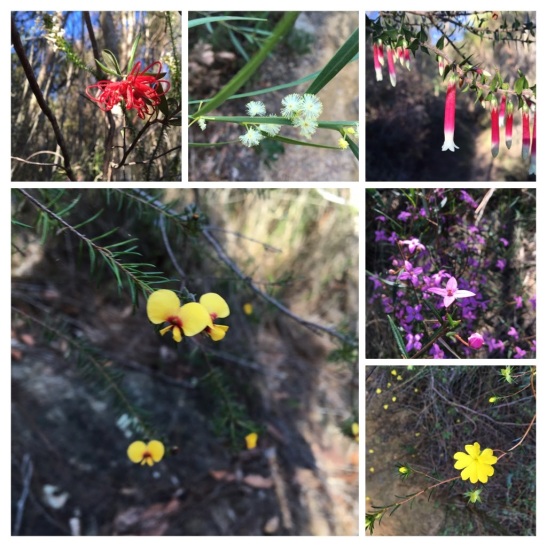 Spring is just around the corner, and to prove it, we come across a multitude of wildflowers scattered along our path.

This hike has it all. There are little creeks to ford (and occasional pools of mud to avoid), a rock face to scale, and even a mountain biking trail. And of course, there are amazing views. 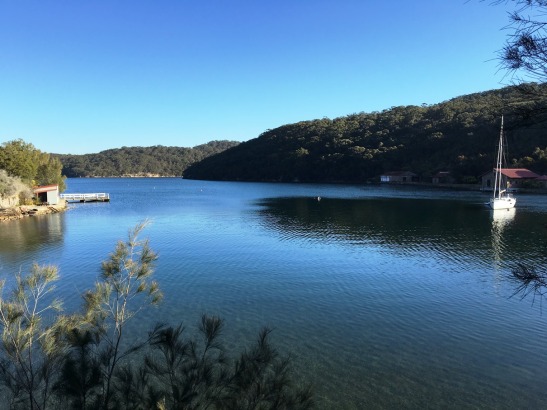 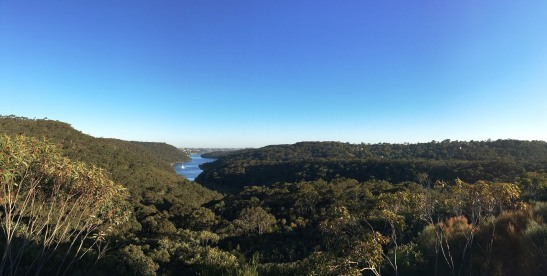 View from the top of the bluff, after a spot of mountain climbing

At one point, we come across a sign claiming that there are aboriginal rock engravings in the area. Unfortunately, they have been fenced off to preserve them, and a screen of tall scrub trees shield them from view. 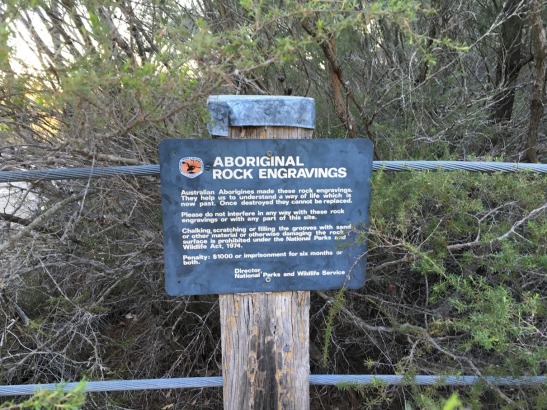 Aboriginal rock engravings are in the area… but you can’t see!

On the home stretch, just a few metres away from the main road and with the engine noise back in earshot, we see a wallaby partially hidden amongst the trees. It spooks as we slowly approach, bounding off into the distance.

But the highlight of the hike was the little echidna – a rare sighting indeed, especially this close to civilisation.

This post was inspired by the weekly photo challenge: rare.

3 comments on “A rare echidna sighting” 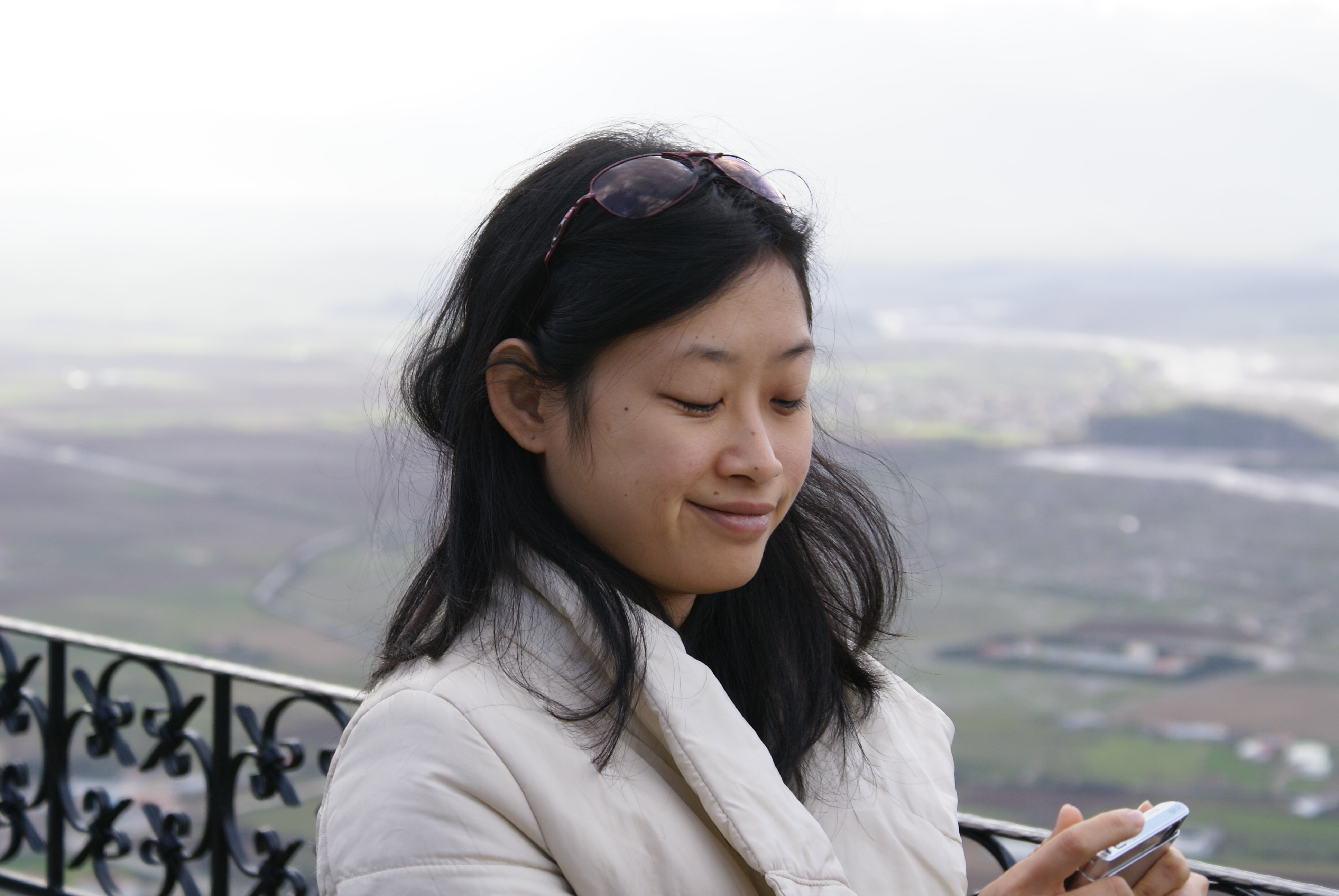 My Tweets
Join 1,956 other followers 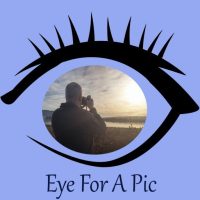